A Wearable Gas Sensor For Health And Environmental Monitoring 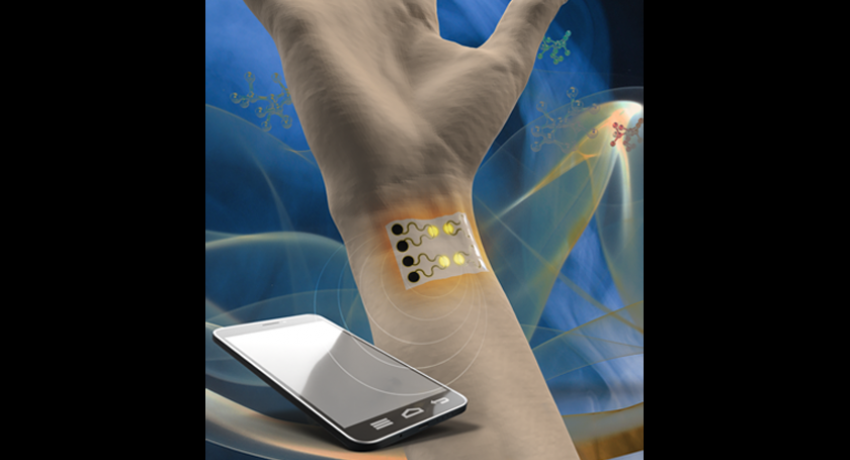 A highly sensitive wearable gas sensor for environmental and human health monitoring may soon become commercially available, according to researchers at Penn State and Northeastern University.

“People like to use nanomaterials for sensing because their large surface to volume ratio makes them highly sensitive,” said Huanyu Cheng, assistant professor of engineering science and mechanics and materials science and engineering, Penn State. “The problem is the nanomaterial is not something we can easily hook up to with wires to receive the signal, necessitating the need for something called interdigitated electrodes, which are like the digits on your hand.”

In their new work, Cheng and his team use a laser to pattern a highly porous single line of nanomaterial similar to graphene for gas, biomolecules and in the future chemical sensing. In the non-sensing portion of the platform, they create a series of serpentine lines that they coat with silver. When they apply an electrical current, the gas sensing region will locally heat up due to its significantly larger electrical resistance, eliminating the need for a heater. The serpentine lines allow the platform to stretch like springs to adjust to the flexing of the body for wearable sensors.

The nanomaterials used in this work are reduced graphene oxide and molybdenum disulfide, or a combination of the two, or a metal oxide composite consisting of a core of zinc oxide and a shell of copper oxide, representing the two classes of widely used gas sensor materials (i.e., low-dimensional and metal oxide nanomaterials).

“Using a CO2 laser, often found in machine shops, we can easily make multiple sensors on our platform,” Cheng said. “We plan to have tens to a hundred sensors, each selective to a different molecule, like an electronic nose, to decode multiple components in a complex mixture.”

The US Defense Threat Reduction Agency (DTRA) is interested in this wearable sensor to detect chemical and biological agents that could damage the nerves or lungs. A medical device company is also working with the team to scale up production for patient health monitoring, including gaseous biomarker detection from the human body and environmental detection of pollutants that can affect the lungs.

Ning Yi, a Ph.D. student in Chen’s lab and co-lead author of a new paper posted online in the Journal of Materials Chemistry A, said, “In this paper, we showed that we could detect nitrogen dioxide, which is produced by vehicle emissions. We can also detect sulfur dioxide, which, together with nitrogen dioxide, causes acid rain. All these gases can be an issue in industrial safety.”

Their next step is to create high-density arrays and try some ideas to improve the signal and make the sensors more selective. This may involve using machine learning to identify the distinct signals of individual molecules on the platform.

The forthcoming print version of the journal will feature this paper with their image on its back cover. Other authors on the paper, titled “Novel gas sensing platform based on a stretchable laser-induced graphene pattern with self-heating capabilities” are visiting scientist and co-first author Li Yang, Jia Zhu, a Ph.D. student in Cheng’s group, Hongli Zhu, an assistant professor at Northeastern University and her student Zheng Cheng, and Xueyi Zhang, assistant professor of chemical engineering and his Ph.D. student Xinyang Yin, Penn State.

Funding was provided by start-up funding and seed grants at Penn State and Northeastern, and National Science Foundation. A provisional patent has been applied for. 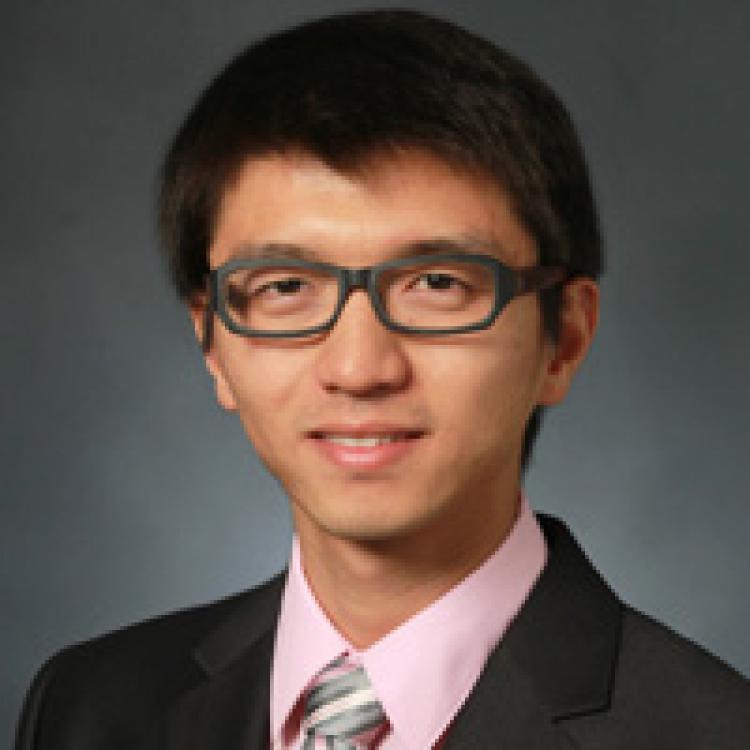