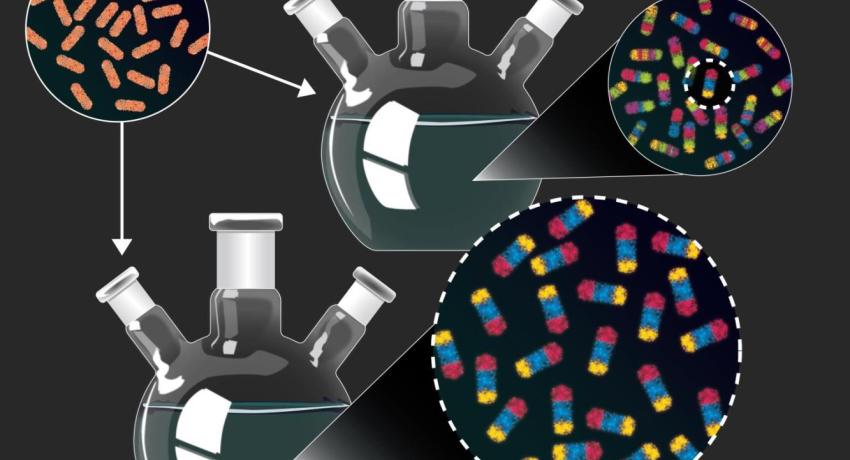 Researchers start with simple rod-shaped nanoparticles (top left) composed of a single material, copper sulfide. In purposely unoptimized experiments (top), the researchers produced and characterized hundreds of nanoparticles which combine many different materials in various arrangements. They then used new guidelines derived from the first set of experiments to rationally produce one of the nanoparticles in high yield (bottom). Credit: Dani Zemba and the Schaak Laboratory, Penn State. All Rights Reserved.

Nanoparticles are complex materials smaller than 100 nanometers, or about the size of a virus, but they have a large range of potential applications, from medicine to energy to electronics. Now, hundreds of new nanoparticles with previously unknown features have been produced using an innovative experimental approach.

Chemists usually make materials by finding the best conditions to target a single product. For example, nanoparticles have been engineered to produce scratch-proof eyeglasses and transparent sunscreen. A research team at Penn State flipped this approach on its head by purposely using unoptimized conditions to produce many products at once. This approach allowed them to discover novel nanoparticles, which combine many different materials in various arrangements. They then analyzed these nanoparticles to develop new guidelines that allowed them to make high-yield samples of the most interesting types of new nanoparticles.

Nanoparticles that can potentially be used to split water using sunlight, diagnose and treat cancer, and solve other important problems can be predicted and designed. These particles may need to include various types of semiconductors, catalysts, magnets, and other materials to function, all while maintaining strict requirements involving their size and shape.

“There are a certain number of rules that we and others have developed in this field that allow us to make a lot of different kinds of nanoparticles,” said Raymond Schaak, DuPont Professor of Materials Chemistry at Penn State and the leader of the research team. “We can also predict, especially with the help of computers, tens of thousands of different nanoparticles that could be really interesting to study, but we have no clue how to make most of them. We need new rules that allow us to make nanoparticles with new properties, new functions, or new applications, and that allow us to better match the speed at which they can be predicted.”

The current set of rules, or design guidelines, available to researchers limits the variety of nanoparticles that they can produce, so the researchers set up experiments under unoptimized and previously unexplored conditions to see if they could make new types of particles that hadn’t previously been discovered.

“What we do can be described as ‘discovery without a target,’” said Connor R. McCormick, a graduate student in chemistry at Penn State and the first author of the paper. “If you have a target in mind, you are trying to modulate the chemistry to make that target, but you need to know what factors to modulate — you need to know the rules — ahead of time. What is so exciting about our approach is that we are letting the chemistry guide us and show us what is possible. We can then characterize the products and discover what we can control in order to produce them intentionally.”

The researchers start with relatively simple rod-shaped nanoparticles composed of a single material, copper sulfide, which contains charged atoms (“cations”) of copper. They can then replace some or all of the copper in the particles with other metals using a process called “cation exchange.” The arrangement of the metals in the particles and the interfaces between them determine the properties of the particles. Generally, this process is done one metal at a time using experimental conditions optimized to precisely control the cation exchange reaction. Here, in one experiment, the researchers added four different metal cations at the same time under conditions that were not optimized for any particular metal cation exchange. They then painstakingly characterized the resulting particles using electron microscopy and X-ray diffraction.

“Unlike most experiments, which are set up to converge on a single product, our goal was to set up the experiment in a way that maximized the diversity of nanoparticles that we produced,” said McCormick. “Of the 201 particles that we analyzed from one experiment, 102 were unique and many of them could not have been produced intentionally using existing design guidelines.”

The team then performed the experiment using slightly altered variables, changing the temperature of the reaction or the relative amount and variety of metal cations. By doing this, they produced even more complex nanoparticles and eventually were able to figure out the new rules that explained how the new types of nanoparticles had formed.

Finally, the team chose one of the new products and used the new design guidelines to efficiently produce it in larger quantities.

“Eventually, this approach could be used to screen for new particles with specific properties, but currently we are focusing on learning as much as we can about what all is possible to make,” said Schaak. “We’ve demonstrated that this exploratory approach can indeed help us to identify these ‘new rules’ and then use them to rationally produce new complex nanoparticles in high yield.”

The paper describing these experiments appears Jan. 9 in the journal Nature Synthesis.

In addition to Schaak and McCormick, the research team at Penn State includes Rowan R. Katzbaer and Benjamin C. Steimle. The research was funded by the U.S. National Science Foundation. 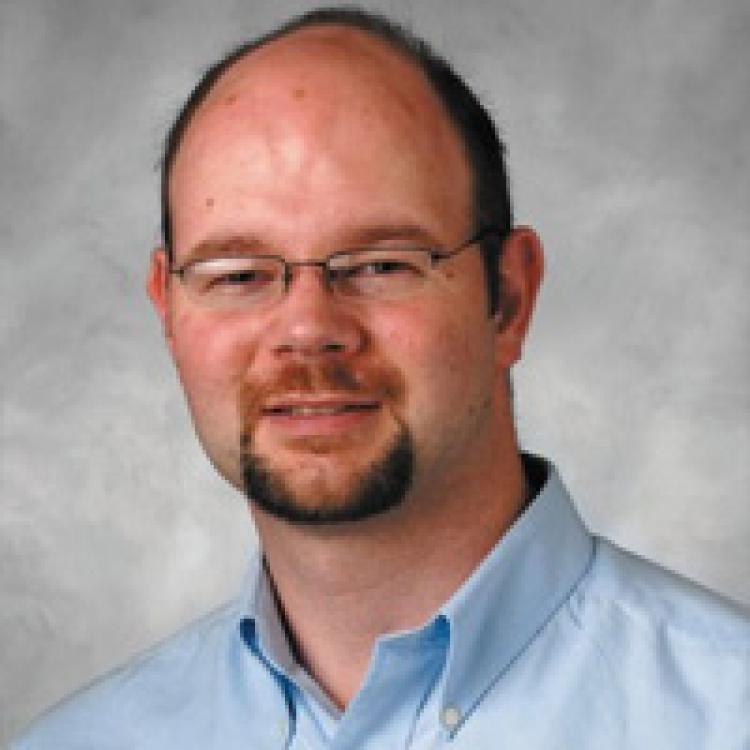